During the early Bronze Age, as early as 3,000 BC, boats made of wood, reeds and bitumen sailed the waters of the Oman Sea and the Arabian Gulf.

A model of the Magan boat in the exhibition shows the kind of craft that carried large cargoes as far as Mesopotamia and the Indus Valley. Ships like these opened up a trade in copper ore and metal goods that would change the world forever.

Also on show will be one of the bitumen fragments found in Oman which provide direct evidence of early Bronze Age boatbuilding in Arabia: on one side, impressions of reeds, on the opposite, the occasional barnacle.

The exhibition goes on to explore how first the Greeks and then the Romans began navigating the Red Sea, opening up new trade routes for Oman’s most valuable export - frankincense.

It tells how as early as 350 BC, a port called Sumhuram grew up on the Dhofar coast, east of Salalah in southern Oman. 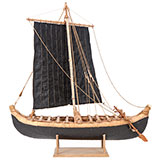 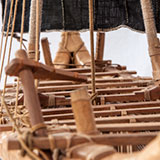 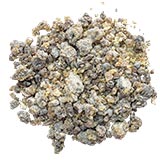 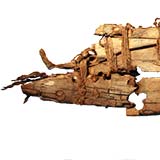